Step in to the center of your own Star Wars™ story as you choose your path down the light or dark side of the Force™. Your choices have impact not only on your story but on those who join you along the way. Each choice you make can change how your story unfolders including unexpected story twists or devastating consequences that impact you and your Companions. Play as one of 8 legendary Star Wars classes include Jedi, Sith, Smuggler, Trooper and more – this is your story and you decide how you want to build your reputation and influence across the galaxy as you join in epic adventures and challenging missions on the ground and in space!

3,600 years before the rise of Darth Vader and the Galactic Empire, the galaxy teeters on the brink of open war. The Sith Empire, thought to have been driven to extinction after a brutal war centuries ago, has returned and have reclaimed their ancient homeworld of Korriban. The Jedi Order, reeling from the Sith’s destruction of the Jedi Temple on Coruscant, have retreated to their ancestral home of Tython while the Republic tries to maintain the tenuous peace. But forces are at play on both sides that threaten to spark a long, brutal war that could consume the entire galaxy…

When I initially joined the Star Wars: The Old Republic team, I primarily wrote for the Star Wars: The Old Republic website. This quickly evolved into my writing game-adjacent lore and supplemental in-game content, before being asked to assist in the creation of the first few iterations of the in-game tutorial. During this time I also edited The Journal of Master Gnost-Dural, which was written by Rob Chestney.

Shortly after the game’s launch, I was asked to co-author the Star Wars: The Old Republic Encyclopedia, and also worked on the game’s first expansion, Rise of the Hutt Cartel. 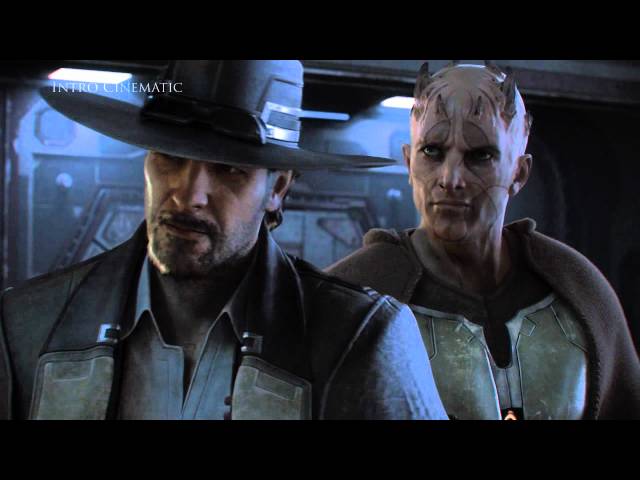